Anthropologists for the Boycott of Israeli Academic Institutions 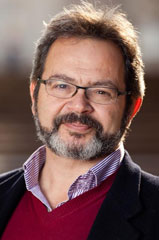 I have spent a bit of time writing this so it is a bit formal. That’s not the intention. It’s more that I want to be as clear as possible about my reasons.

I sincerely appreciate your invitation to give the keynote at the Israeli Anthropological Association conference. And I accept that it is an invitation made in good faith that emanates from your desire to open up the association to voices that are strongly critical of Israel as it has come to exist in the world today, and that as you say are not heard enough.

I am afraid I have to decline from accepting your invitation. I can’t say I am overjoyed to decline. As I mentioned to you before by temperament I am always inclined and disposed to dialogue, but I have thought hard about what my presence would achieve and I feel that the end result is negative not positive. But in thinking what is positive and what is negative I am thinking of how it impacts on the struggle of the Palestinian people to free themselves of colonialism, not the struggle of Israeli anthropologists to make their society more open minded and receptive. It is a mistake to equate the two even though they might occasionally overlap in terms of interest. END_OF_DOCUMENT_TOKEN_TO_BE_REPLACED

The debate over the AAA motion to boycott Israeli academic institutions has centered on questions of justice and academic freedom. Proponents of boycott argue that the exhaustively-documented injustices that Israel metes out on the Palestinian people, which includes systematic denial of their academic freedom, warrants a boycott of Israeli institutions complicit in the state’s crimes. Opponents argue that even though Israel may be oppressing the Palestinians, this should not be cause for curtailing the academic freedom of Israelis, which they see as amounting to unjust collective punishment.

Implicit in these arguments are a set of unexamined attitudes toward collegiality and reciprocity. Briefly, I want to argue that the decision whether or not to support boycott turns on whether one is able to imagine Palestinian scholars as colleagues and friends. This imagination is a product not just of our individual cognitive capacities, but of specific material conditions. END_OF_DOCUMENT_TOKEN_TO_BE_REPLACED

Violating the Right to Education for Palestinians: A Case for Boycotting Israeli Academic Institutions

During the 50 day Israeli War on Gaza in the summer of 2014, the Israeli military killed 1462 Palestinian civilians, 495 of whom were children. Israeli forces destroyed or severely damaged the homes of over 100,000 Gazans and over 200 schools. 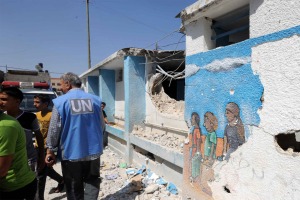 The Jabalia Elementary Girls School serving as a shelter for Palestinians in Gaza was hit by shells on 30 July 2014. Photo: UNRWA Archives / Shareef Sarhan

Among the most egregious events of this 50 day siege were the bombings of three UN schools that were sheltering internally displaced persons (IDPs). According to Human Rights Watch, 45 Gazans, including 17 children, were killed in these attacks on schools. Those killed had believed that UN facilities—particularly schools—would offer protection from rampant shelling. END_OF_DOCUMENT_TOKEN_TO_BE_REPLACED

Yesterday an ex-student forwarded me an apparently widely diffused email against the boycott from my friend Michael Fisher. Echoing an argument central to the debate, Michael thinks the boycott is likely to have a deleterious effect on Israeli anthropologists critical of the Israeli state and that it goes against the principle of academic freedom. These are tough issues which everyone I know supporting the boycott takes very seriously.

I myself don’t see why the boycott as defined should hinder critical work by Israeli anthropologists and some have come out in favor of the boycott anyway. I wish to support them as much as I can.

As for academic freedom, to my mind the boycott would actually strengthen it, emerging as it does from all that is praiseworthy in US anthropology with its concern, especially since the war in Vietnam, with colonialism and state coercion. Academic freedom remains a mindless mantra unless exercised against oppression and censorship. To me the boycott is the most effective way anthropologists in the USA can draw attention to the terror exercised daily by the Israeli state against Palestinians, with, be it noted, the connivance of the US government, Congress and mainstream media. As regards the latter, consider the amazement and consternation that Bernie Sanders’ recent remarks have caused in the US despite their mildness. END_OF_DOCUMENT_TOKEN_TO_BE_REPLACED

[this essay originally appeared on Somatosphere]

“When It’s Time to Vote, Don’t Boycott Academics – Cut the Purse-strings” raises important questions about the power of economic divestment in the struggle for Palestinian rights. In so doing, however, it presents us with not one, but two false choices. First, it tells us to pursue economic divestment instead of academic boycott. Why is this an either/or, when the two are mutually reinforcing parts of a common struggle? And why assume we are not also advocating economic divestment in other arenas in which we work? Second, it presents the AAA with a meaningless choice between an action that is within its power as an academic association (academic boycott) and one that isn’t (ending US aid to Israel). END_OF_DOCUMENT_TOKEN_TO_BE_REPLACED

Anthropologists for the Boycott of Israeli Academic Institutions presents this essay by Lisa Rofel and Daniel Segal on the debasement of the political debate about the boycott by its most vehement opponents.

Voting on the boycott resolution is open until May 31. #Anthroboycott’s voting instructions are here. Every vote counts!

J’Accuse: How Not to Have a Political Debate about BDS

The American Anthropological Association (AAA) is poised to cast a historic vote on a resolution to boycott Israeli academic institutions. The AAA would be the largest academic association to do so.  At the November AAA meeting, those in attendance voted overwhelmingly in favor of boycott: 1040 to 136.  This month, the resolution is out to the full membership for a vote.

Seeking to stop the boycott, opponents have resorted to extreme and, at times, intensely personal attacks. Of most concern, some have sunk to playing “the Nazi card.” In a recent piece in the Huffington Post, Richard Shweder, a professor at the University of Chicago, alleged the resolution was akin to “the Nuremberg laws, when citizenship rights for Jews were degraded.” Douglas Feldman, a professor at the College at Brockport, sent an email accusing boycott supporters —on the basis of no evidence beyond their support for the boycott—of adhering to a “right-wing Nazi fascist ideology.” At an AAA panel last year, Michael Herzfeld, a Harvard professor, claimed that the Boycott, Divestment, and Sanctions (BDS) movement is equivalent to both the Nazi and authoritarian Communist programs in Weimer Germany. END_OF_DOCUMENT_TOKEN_TO_BE_REPLACED

From the 15th of April and until the end of May members of the American Anthropological Association will be voting on whether to endorse the proposal to boycott Israeli academic institutions as part of offering to support the Palestinians’ call for a Boycotts, Sanctions and Divestments (BDS) movement against the state of Israel. I have voted in support of the resolution. As the vote has been an occasion whereby AAA has initiated and encouraged a more public discussion of the pros and cons of the BDS movement, I wish to share my understanding of the nature of the opposition between those who are for and against BDS and why I personally, as a AAA member, support it. END_OF_DOCUMENT_TOKEN_TO_BE_REPLACED

Anthropologists for the Boycott of Israeli Academic Institutions is pleased to share this letter we received from 22 Israeli anthropologists endorsing the boycott. As anthropologists critical of state power, who object to Israel’s gross violations of international law and crimes against humanity committed in their names, they urge members of the American Anthropological Association to support them and their Palestinian colleagues in putting pressure on the Israeli state by boycotting the academic institutions which are complicit in these violations and crimes. Due to the increasing atmosphere of intimidation and threats against boycott supporters in Israel, they have all signed anonymously as a collective.

Voting on the resolution is open from April 15-May 31. To join AAA or renew your membership, click here.

We, the undersigned anthropologists, Israelis and citizens of Israel:

END_OF_DOCUMENT_TOKEN_TO_BE_REPLACED

[this article originally appeared as part of an “emergent conversation” on the boycott at PoLAR: The Political and Legal Anthropology Review online] 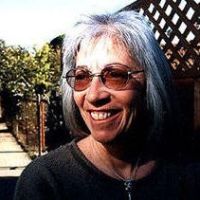 On its face, the anti-boycott statement that some anthropologists received via email in February, a version of which is here, argues that there is a slippery slope from a boycott by the American Anthropological Association (AAA) of Israeli institutions to hardship, discrimination and “guilt by association” against individual Israeli and US anthropologists; that boycotting an institution necessarily impacts its members:

This suggests that a boycott of Israeli academic institutions necessarily stigmatizes all members of those institutions, by accusing them (and US scholars who work with them) of guilt by association. Is this the case? 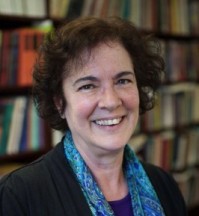 I hope people will read the Task Force Report on Israel/Palestine. It represents hundreds of hours of labor by our colleagues. It reflects what is special about our discipline and why most of us are proud to be anthropologists. Based on close listening, careful observation, wide reading, and a search to find the right analytical framework, it fairly presents the situation about which we all now must make a decision. The comparative perspective these anthropologists brought to the task and their acknowledgment of both anthropology’s historic complicity and courage with regard to past and present colonial and neocolonial injustices, shape the report. Those who want to know more should consult the ethnographic work of so many colleagues who have done fieldwork in Palestinian communities (e.g. Lori Allen 2013; Amahl Bishara 2012; Ilana Feldman2008; Rhoda Kanaaneh 2008; Nicola Perugini 2015; Julie Peteet 2005; Susan Slyomovics 1998; and work surveyed by Khaled Furani and Dan Rabinowitz 2011).

The question for us now is: Should we act, or not? A lot of red herrings have been thrown onto the trail to distract us from the basic question of how we might want to meet our ethical and political responsibilities in the face of this unjust—and for many Palestinians, including our academic colleagues—unbearable situation. END_OF_DOCUMENT_TOKEN_TO_BE_REPLACED